The operators of a massive real estate investment coaching scheme face permanent bans and will pay approximately $12 million for consumer redress as part of a settlement in a lawsuit filed by the Federal Trade Commission and the Utah Department of Commerce Division of Consumer Protection (UDCP). 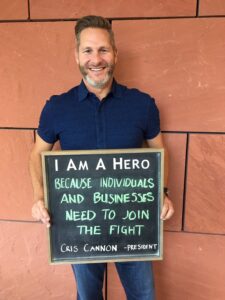 The FTC and UDCP alleged that Zurixx, LLC, its owners Cristopher Cannon (pictured above), James Carlson, and Jeffrey Spangler, and a number of associated companies operated a real estate investment coaching scheme that sold live seminars and telephone coaching using false earnings claims that convinced tens of thousands of consumers to pay them thousands or tens of thousands of dollars.

The defendants bolstered sales by partnering with home-improvement and flipping television celebrities. The FTC and UDCP alleged that defendants used hard-sell telemarketing tactics promoting the idea that consumers could make tens or hundreds of thousands of dollars in a relatively short amount of time by “flipping” or wholesaling real estate using Zurixx’s system. The celebrities who helped drive Zurixx’s sales included, among others, Tarek and Christina El Moussa, Hilary Farr, Peter Souhleris, and Dave Seymour.

Zurixx and its celebrities invited consumers to free “seminars” that, the FTC and UDCP allege, were in fact high-pressure sales events for paid seminars that cost $1,997. Thereafter, the defendants pushed more expensive seminars and coaching that could cost tens of thousands of dollars. According to the FTC and UDCP, presenters at the seminars encouraged consumers to open new credit cards to pay for the training, promising that the profits from flipping or wholesaling homes would quickly pay off the new debt.

FTC and UDCP also alleged that Zurixx required consumers who received refunds to sign agreements barring them from speaking with the FTC, state attorneys general, and other regulators; submitting complaints to the Better Business Bureau; or posting negative reviews about Zurixx.

“Preying on struggling Americans with empty promises of quick riches is against the law,” said Samuel Levine, director of the FTC’s Bureau of Consumer Protection. “These defendants have been banned from the coaching business and ordered to return millions to consumers, and those who engage in similar conduct can expect similar consequences. We urge consumers to stop and evaluate the facts behind any money-making promise before investing their hard-earned money.”

“The alleged actions of these individuals have caused overwhelming harm to individuals legitimately trying to earn money,” said Utah Department of Commerce Executive Director Margaret Busse. “These kinds of operations destroy trust and make people wary of engaging in Utah’s economy. That causes everyone to suffer the consequences.”

“Making grand claims about return on investment with nothing to back it up is against the law,” said Utah Division of Consumer Protection Director Daniel O’Bannon. “Funds recovered from these settlements will help redress consumer harm, but It’s pennies on the dollar when compared to the harm done to those involved.”

Under the terms of the settlement, the defendants are permanently banned from marketing or selling any real estate or business coaching programs. They are also barred from further violations of the FTC’s Telemarketing Sales Rule and Utah’s Business Opportunity Disclosure and Telephone Fraud Prevention Acts. In addition, they are barred from making misleading earnings claims and from using contract terms to restrict consumers’ ability to review their products or speak to law enforcement agencies. 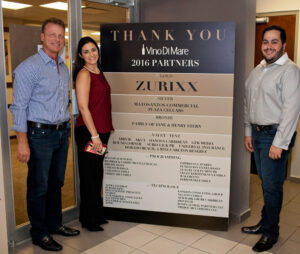 The Commission vote approving the stipulated final order was 4-0. The U.S. District Court for the District of Utah entered the order approving the settlement on February 15, 2022.