Two of the individuals — Ahmad “Andy” Khawaja, 49, of Los Angeles and Thomas Wells, 74, of Martin County, Florida — were charged with wire fraud conspiracy.

Diab, Rountree and Wells were arrested Thursday and will appear in federal court in Boston at a later date, investigators said. Khawaja was charged in a December 2019 indictment with campaign finance violations and obstruction of justice. He remains a fugitive. 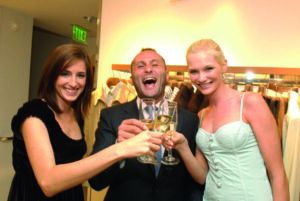 The reporting was based on thousands of internal company records obtained by the AP.

Khawaja was the owner and chief executive officer of Allied Wallet, Inc., a payment processing company headquartered in Los Angeles that served merchants doing business over the internet. Diab served as chief operating officer and Rountree was the vice president of operations, according to the U.S. Attorney’s Office in Massachusetts.

Investigators allege the four engaged in a scheme to defraud the card brands and others by fraudulently inducing them to provide payment processing services to merchants engaged in prohibited or high-risk transactions, as well as to merchants that were terminated for fraud, chargeback or other compliance concerns, by knowingly misrepresenting the types of transactions the merchants were processing and the true identities of the merchants.

The records obtained by The AP showed the company did so while Khawaja, Allied Wallet and top executives contributed at least $6 million to Democratic and Republican candidates and groups. The donations earned Khawaja access to Hillary Clinton during the presidential campaign and a post-election Oval Office visit with Donald Trump.

Khawaja did not return a message sent to his email address at Allied Wallet. A call to Allied Wallet was not answered.

Father and Sons Are Charged in $21 Million Lottery Fraud