Amirouche and his co-conspirators set up dozens of shell companies fronted by nominees they recruited to distance themselves from the fraudulent schemes and maximize the ill-gotten profits.

in Fraud, Scams
Reading Time: 2min read
A A
0

Internet fortunes? Not so fast, says the IRS. 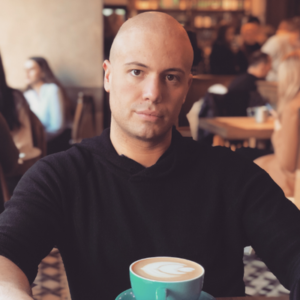 An indictment was unsealed today in federal court in Brooklyn charging with conspiracy to commit bank and wire fraud, bank fraud, making false statements to banks and conspiracy to commit money laundering. These charges are brought in connection with a series of internet marketing schemes that utilized internet e-commerce websites to defraud consumers and financial institutions. Amirouche was arrested today and will make his initial appearance this afternoon in federal court in Chicago, Illinois.

“Amirouche was the alleged ringleader of an elaborate internet marketing scheme designed to fleece unwitting consumers and financial institutions,” stated Acting United States Attorney DuCharme. “This Office is committed to protecting consumers from fraudulent marketing practices and ensuring integrity in the e-commerce marketplace.”

“Amirouche allegedly victimized unsuspecting consumers by creating a web of lies in layering financial transactions to ultimately defraud these victims for his own personal gain,” stated IRS Special Agent-in-Charge Larsen. “IRS-Criminal Investigation stands at the ready to follow the money and unravel these fraudulent schemes to protect the integrity of our financial system.”

As detailed in the indictment and other court documents, Amirouche was the managing member of Angry Elephant Marketing LLC and Purple Whale Management LLC. Between January 2012 and April 2016, Amirouche allegedly orchestrated a series of internet marketing schemes that utilized internet e-commerce websites that purported to sell various types of dietary supplements, hair care products, skin care products, testosterone and web-based business tutorials. Amirouche and his co-conspirators earned illegal profits by (1) charging consumer credit cards for products that were ordered, but never delivered to the consumer; (2) charging consumer credit cards for products that were not purchased by the consumers and (3) repeatedly charging consumers for products that they had ordered from Amirouche’s websites.

Amirouche and his co-conspirators set up dozens of shell companies fronted by nominees they recruited to distance themselves from the fraudulent schemes and maximize the ill-gotten profits. The profits were funneled to a bank account that was in the name of a nominee, but was actually controlled by Amirouche. From that account, Amirouche sent over $1.3 million to bank accounts in the names of other companies he controlled.

Amirouche and his co-conspirators also fraudulently established bank and merchant accounts for the shell companies so they could process credit card transactions and collect and transfer the proceeds of their crimes.

The charges in the indictment are allegations, and the defendant is presumed innocent unless and until proven guilty. If convicted, the defendant faces up to 20 years’ imprisonment.

The government’s case is being handled by the Office’s Business & Securities Fraud Section. Assistant United States Attorneys David Pitluck and Michael Keilty are in charge of the prosecution.