in Fraud, Scams
Reading Time: 2min read
A A
0

The United States government, on behalf of the Department of Defense and Department of Veterans Affairs, sued a number of entities over allegations they operated a kickback scheme to push the marketing, prescription, and acceptance of certain medications.

In a complaint filed on Tuesday in the District of Nevada, the U.S. alleged that defendants Ofir and Cecilia Ventura and Brandon Jimenez, through co-owing the Las Vegas-based Pinnacle Compounding Pharmacy, caused Pinnacle to pay kickbacks to third-party marketers in exchange for referring patients to buy compounded medications, which are created by licensed pharmacists through combining or altering the drug ingredients in order to tailor a medication to a patient’s particular needs, according to the complaint. 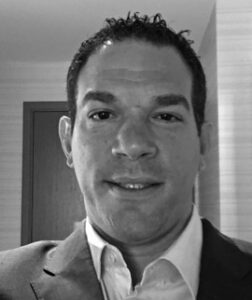 Robert Gomez allegedly was among the marketers receiving kickbacks from Pinnacle, funneled through his corporate entities of Gomez & Associates and Rock’n Rob Enterprises. Not only did Gomez receive kickbacks, the complaint proffered, but he then paid kickbacks to patients — some of them beneficiaries of Tricare or the Civilian Health and Medical Program of the VA (CHAMPVA) — in order to solicit them to try Pinnacle’s compounded medications and to physicians, so that they would write prescriptions for compounded medications to be referred back to Pinnacle. Among these physicians were Amir Shalev DPM and Ivan Lee Goldsmith MD, sometimes receiving kickback payments via AS Enterprises Inc., a corporation in which Shalev was a director, the complaint alleges. 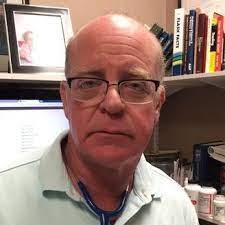 The U.S. alleged violations of the False Claims Act, which holds liable entities that knowingly submit fraudulent claims to the government or cause fraudulent claims to be submitted, according to the Department of Justice. Because some patients targeted by this alleged conduct were beneficiaries of federal health care programs, the U.S. sought to hold the defendants liable, arguing that the claims presented to government health programs TRICARE and CHAMPVA “were false or fraudulent because they were tainted by kickbacks to marketers, physicians, and patients, and did not arise from a valid prescriber-patient relationship and were otherwise unnecessary.”

Further, the complaint noted violations of the Anti-Kickback Statute, which makes it illegal for entities to knowingly and willfully receive or solicit payments in return for referral of any product or service or pay to induce the referral of products or services, also applying to federal health care programs. TRICARE and CHAMPVA paid “millions of dollars” in prescription claims to Pinnacle as a result of the alleged kickback scheme, the U.S. argued, claiming that Pinnacle falsely represented that the claims were medically necessary and not induced through kickbacks.

The U.S. requested relief for all causes of action, which include the FCA violations, payment by mistake, and unjust enrichment.